Maybe  it’s a matter of taste or maybe it’s experience but I’ve started a list of things “not to do” while editing photos. Most of this comes from looking at the work of others, as does being inspired to try new things, in my own way of course. I can’t stress enough how strongly I feel about composition but that’s been something I felt compelled to take seriously long before I took a photography class of any kind. If you compose the photo well as you take it there will be far less you need to do in post processing. You shouldn’t really ever have to crop a photo. And if you’re spending a significant amount of time having to polish up a photo after the fact, there’s probably an issue at hand.

It bugs me that people often give the camera credit for a photo being bad, or good for that matter. The camera only does what we tell it to. Some of my best work was taken on film in manual camera settings. Digital is making me a little lazy and I’m well aware of that which is why I still have a camera on the side loaded with film, eventually I’ll use up that roll. Anyway, the list I’ve started:

1.) Do not color splash (aka spot color). I’ve been guilty of this in the past, only once or twice and the colors were muted, not super bright. It still doesn’t excuse it. This has become overdone and well, all the samples I’ve seen has made me decide to not ever do it again.  I’ve seen lots and lots of bad spot color. 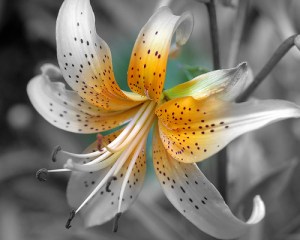 2.) White vignette. It usually does nothing to improve a photo.

4.) Super-imposing ultrasound pictures on a baby bump. It’s just creepy. And should not happen. Example: 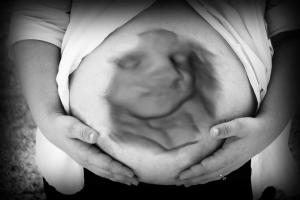 5.) People in HDR. Why? Old rustic barns and vintage cars maybe but people?

6.) Going overboard with the faux sun-flares. I wish I could post a sample here but I’ll be nice. Plus, I refuse to do it to one of my own pictures. People actually buy actions that add lots of fake sun-flare to their photos. And it’s A LOT of flare. Oftentimes it blows out the faces of the people in the photos. You can get this same effect for free using the sun but I prefer to be able to see people in my photos unless I’m going for silhouettes.

8.) Over-smoothing the skin results in a pretty obvious plastic effect. I do agree with softening up a bit but moderation is key.

Exhibit A: An instance where the smoothing is a bit on the heavy side and then a second example where it is much more subtle and natural. 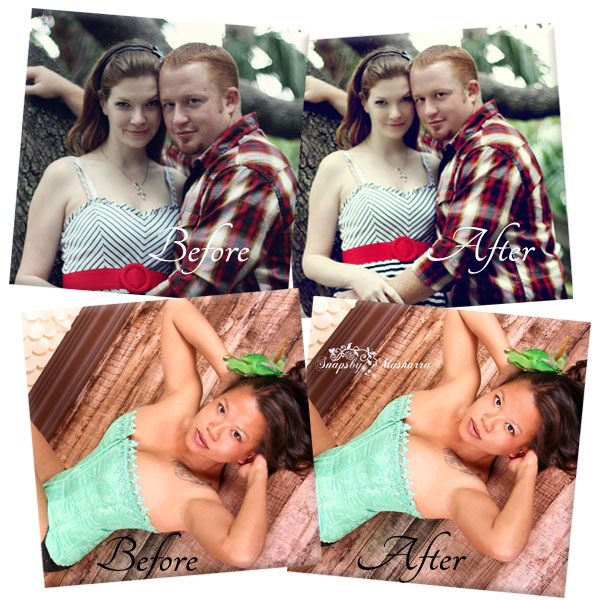 I’ll add to the list but that’s enough for now.

This entry was posted in Uncategorized.